About Dr. Sam Buchanan DO, FACOS 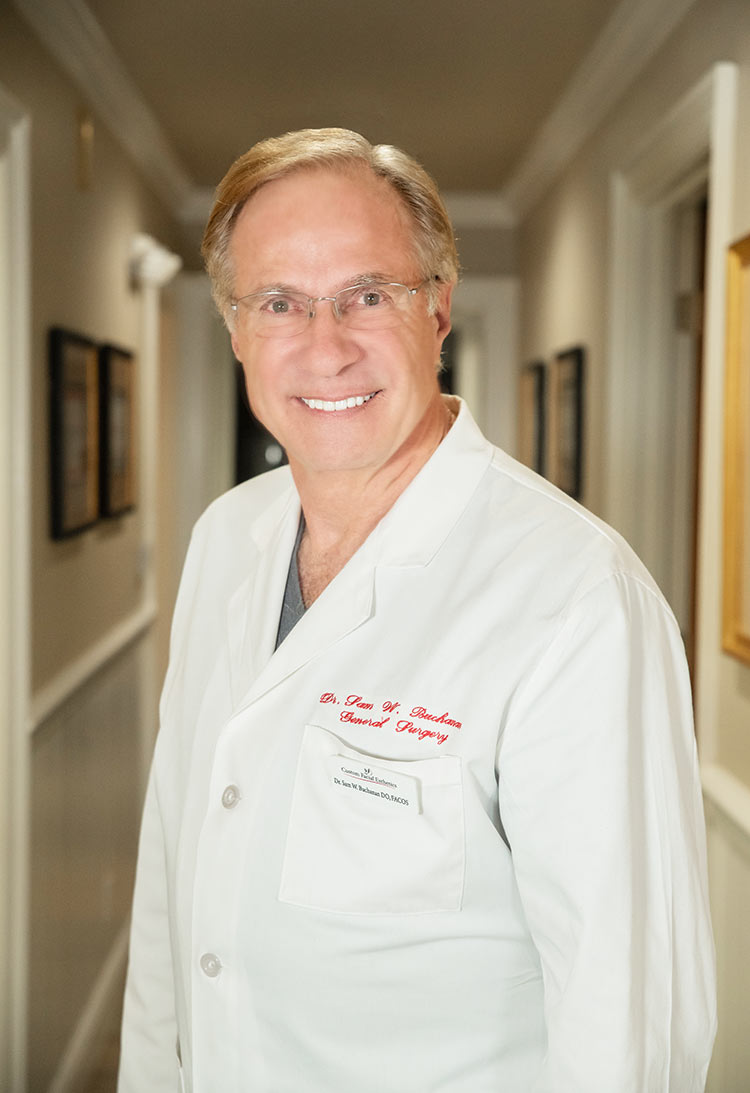 Dr. Buchanan is a Fort Worth Native. He graduated from TCU in 1971. He went on to finish medical school from UNTHSC in 1975. He completed a General Surgery residency in Columbus Ohio and became board certified in 1985. He enjoys teaching and mentoring other future surgeons, so he joined UNTHSC as clinical faculty in 1982. He is currently a clinical associate professor in the school of health professions.

He is currently on staff at Baylor All Saints, Harris Hospital, UNTHSC, and the VA hospital of Dallas. He has been practicing facial esthetics since 2016. He has treated skin disorders surgically and non-surgically since 2014.

He has a wonderful chairside manner and will listen to his patients’ concerns to make sure the goal of treatment is feasible and accomplished.

In his spare time he enjoys spending time with his 4 children, travelling, boating, and relaxing at home.